Just coding for now, other topics may follow. Welcome to my journal and my thought process. With pictures! 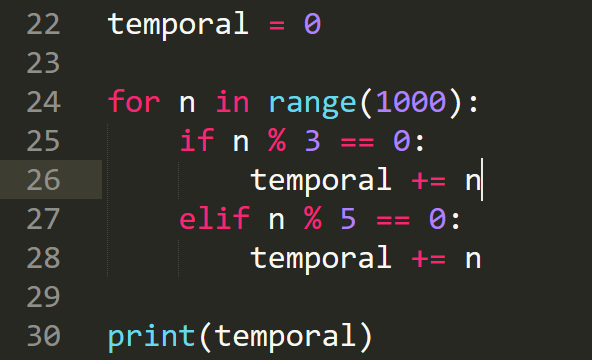 
How good can I become at using Unity? Hopefully these tutorials will give me the answer. There are two aspects I am exploring here. How can I make these entries journal-like? The other is the organization of my folder structures for the upcoming tutorials. As I am also attempting to give each of these tutorials some sort of unique use, I lose time figuring out the most boring part of this endeavour: Management. But, better have it properly structured now, than losing even more time later on.

As the creeping realization that management might not be my strongest suit, I look over the title of the tutorial: "Game Objects and Scripts", and it involves making a clock. Simple enough.

The most boring variation I can think of for this tutorial is to make it into a game of stopping the clock at a certain time interval. After what feels an eternity, I manage some sort of project structure. How I miss having two monitors. Things to note while building a clock:

Aaaand...we are done with the tutorial. Quick refresher, this entry turned out to have a lot of "important notes" which made it less like a journal. For the variation on this tutorial, I will make an obstacle like course. Where the player needs to avoid the hands of the clock as time speeds up! Until next time!


"Visualizing Math". A topic I have struggled with in the past. As they say, practice makes good. So, let's be good. I have decided to keep working on the tutorials, I will keep the unique twist development as a tertiary goal. No rush, I can only focus on so much at the time, and between improving my skills, developing my website and finding a job...let's just say that adding more concurrent goals can be counter productive. Baby Steps, also a good manga by the way.

Back to today's topic, Building Graphs. I think it would be neat to make the graphs a road to traverse on. Because the tutorial uses cubes, it works perfectly as an obstacle already. Merely needing a player model that can jump as it moves along the graph. 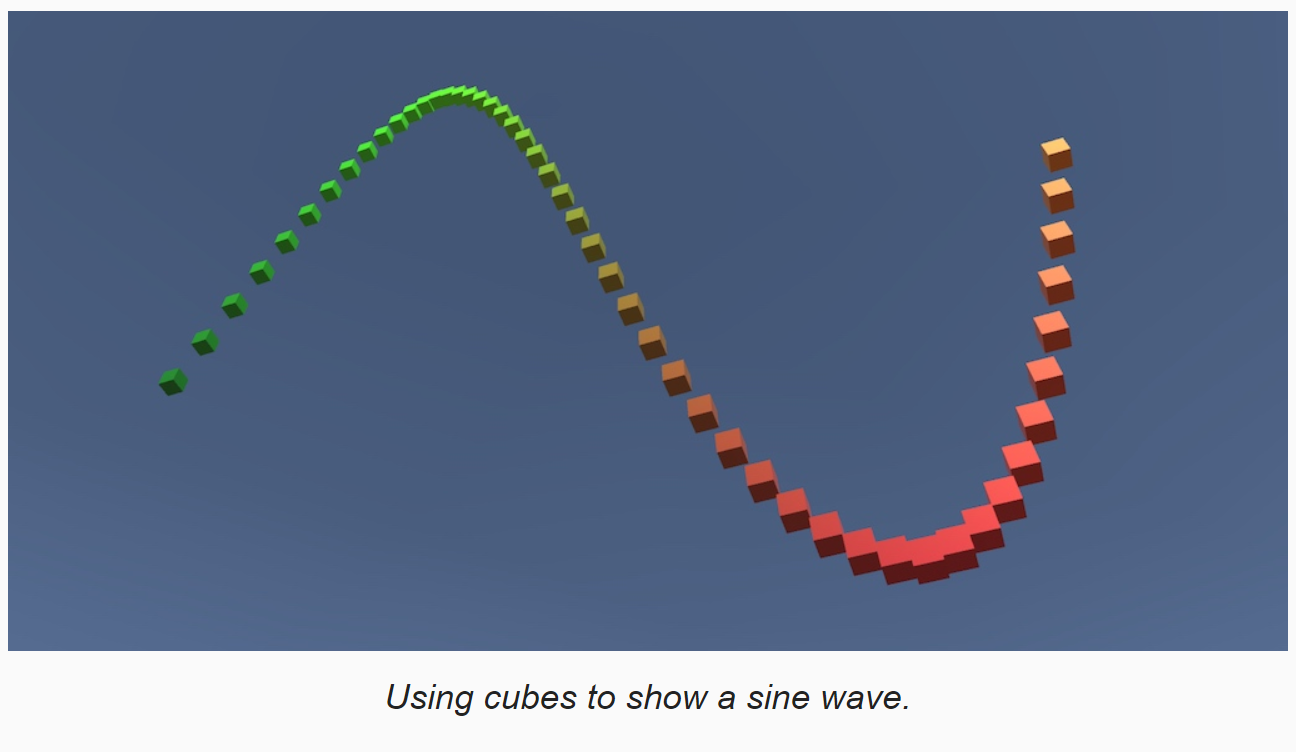 Instantiating cube prefab *robot voice* (insert image). These whole tutorial makes me feel like I am back in class. Shaders! My last encounter with them was not very pleasant. So let's try again!


A new entry, a new challenge. I spent most of the morning fixing the modals on my journal. Now my "class notes" are displayed separately. "Mathematical Surfaces" is a continuation of the previous tutorial. No new project structures, and all that jazz.

Writing is hard. I am lost for words. Between building a website and working on other projects, there are a couple of things that are stuck in my mind.

Responsive design: Still struggling with the implementation, trying to remind myself, mobile first.
Screen reader design: Reflecting on accessibility.
Math. Math. Math. Math. Math *to the beat of Rihanna's Work*
Preparing for code maintenance: As I keep learning more, the quality of my code becomes apparent. So focusing on code structure as I go along is helping to minimize the work done when updating the code. Although, I did have to start my journal.html from scratch, but we do not talk about it.

Told a friend I was revising shaders, he told me to run away and hide. Encouragement! Lower the shields, knowledge incoming!

I think these mathematical functions could be fun as a course to overcome. The player tries to survive the longest 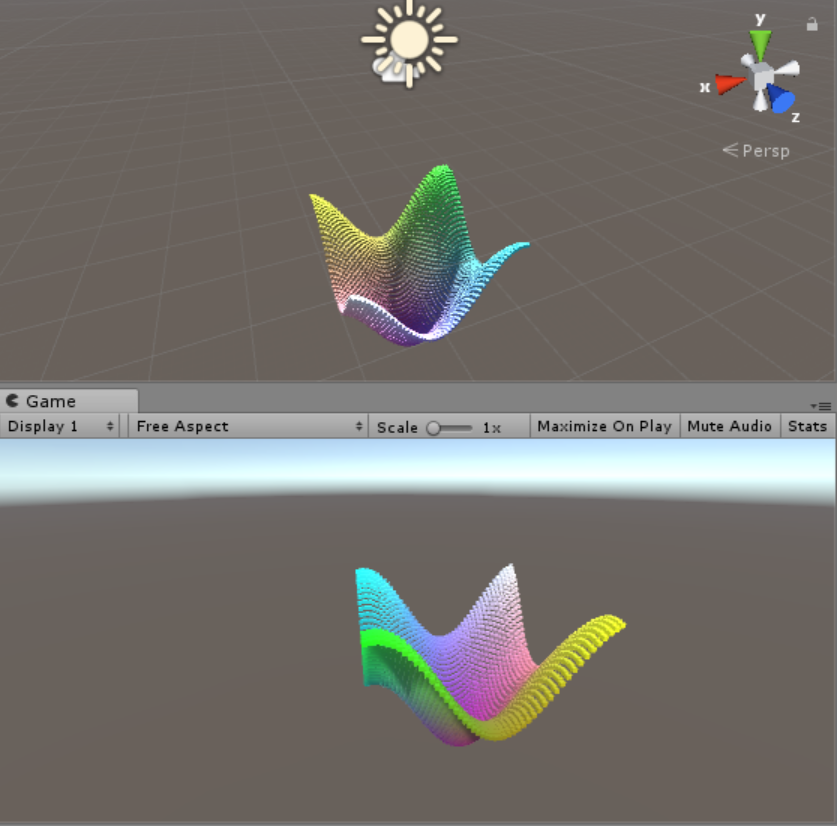 We are done with the tutorial! Took much longer than anticipated. I added a UI menu to switch between the different functions from within the game.


Fractals!, My first encounter with the word was while playing Guild Wars 2. Instances emulating dungeons at a smaller scale.

At school I learnd about their mathematical definition. "a curve or geometric figure, each part of which has the same statistical character as a whole". Fascinating stuff. 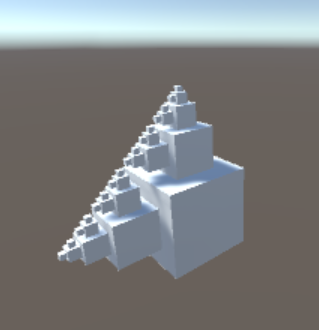 If I remember correctly, I can export Unity files to web. That could be a fun addition, letting viewers of the site manipulate the fractal. 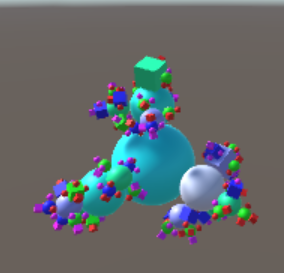 
Closing the Basics section of catlikecoding. The last tutorial covers testing performance, using the Unity profiler and building our own frame rate counter.

Now that I have completed this last section. I can work on redesigning my website. FPS counter is small but it shows HighestFPS, AverageFPS and LowestFPS. It also changes colors depending on certain ranges. Oops, my background music was recorded on my video.